December is a time for both my birthday and that of Christ, not that I am religious but thankful that we have such a celebration.

I used to hate Christmas with a vengeance.  Why?  Well, the guy with the sandals who died an extremely long time ago seemed to take precedence over my Birthday.  Now don’t get me wrong, I had no problem with Him, but I just hated that everyone forgot about me.

When I was in my 20’s my friends were usually either busy with work parties or had no money to go out, so, as a result, I tended not to go too far. In my early years, I used to go to the local pub “The Thatch” and drink lots of Guinness or Newcastle Brown ale with a few like-minded friends.  However, due to university, jobs and life we all went off in different directions, and that put paid to that.

When I was a kid I used to get “This is for Birthday and for Christmas”. Being a savi kid, I knew that the cost was the same as just one or the other celebration, not a combined amount.  Again I was not bothered by what they spent, but a little thought and separate presents would have been more pleasing. My partner knows that I hate the joint thing, so has always made sure that this never happens and always makes it a really nice day and one to remember. This year was no exception, and I received lots of really nice presents. One of which was a fantastic Chinese chess set, so I will be teaching him to play soon.

Christmas was really nice too, just the two of us with the dogs.  This year I did not go mad with the portions, which usually ends up like a scene from feeding the 5,000. Portion control and it was the best dinner for many years as I was full but not stuffed to the gills. The trifle was not the size of the house, again, this was good as usually I end up throwing lots of it away as we can eat no more.

Family were really nice too with their gifts, which was a surprise, no crappy tack, or books and DVD’s which we have no interest in at all.  Amazon vouchers were in abundance, so much so I ended up with £70, so my kindle is going to be overrun with lovely books.

Other things I got this year were a new Canon Maxify MB2350 printer, a Fitbit Charge HR and a graphics tablet, so I did really well.  Not complaining at all.

It is getting close to the end of the year, and looking back I am very thankful for all that I have, my little family consisting of my Hubby and 2 dogs. 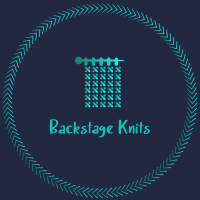