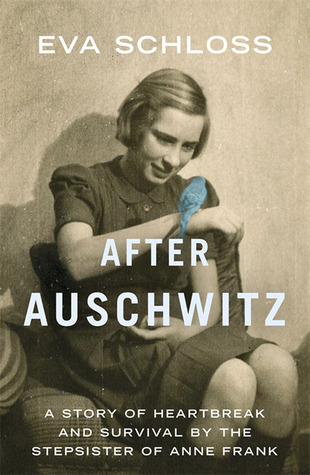 3 comments for “After Auschwitz – Eva Schloss”

First harvest of the year from my hydroponics system. #hydroponics
2nd book of the year finished. The subtle art of not giving a fuck by Mark Manson 5⭐️ some good advice. #bookstagram #books #booksaremylife
Mr Blue Sky
Bear in the woods.
Loved playing with this bad boy today.

From the keyboard of Tony

Personal views from a Yorkshire village...

Adventures in life and knitting in a warm weather climate

The Go To Girls Blog

Life, Love, Family and Travel as we experience it

Thoughts on Productivity, Health, Writing, Job Hunting, and many other topics...

An eclectic collection of schtuffs that is me.

Understanding ourselves and the world we live in.

Showcasing the BEST OF HORROR FILMS, SCREENPLAYS, AND STORIES

The visual catalog of gay and queer men around the world.